NexTower is a full-service tower development company, grounded in our commitment to our clients and meeting our mutual goal of getting the carrier on air.

Just as a tower’s strength is based on a sound foundation, we believe a good business relationship relies on a solid foundation. That foundation is built through authenticity, transparency, and open communication. We value the relationships we’ve cultivated, not only with our clients, but also with our vendor team and our property owners.

We take our business personally. Every team member is accountable and driven to make NexTower the best choice for tower development of any kind. We are committed to ensuring the process is smooth and consistent for everyone involved.

To create connection between people by building close, trusted relationships and developing towers with excellence. 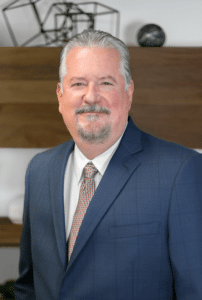 Dave started his career with Motorola in 1978. In 18 years with the company in both direct and indirect radio system design and sales, he held various positions from Zone Sales Manager to Sr. Account Executive. While at Motorola, he was involved with his first tower build in 1979.

In 1994 he formed Gator Tower Management, Inc., and three years later, he co-founded TowerCom’s operating companies in Florida and South Georgia. For over 16 years, he served as an equity partner, Executive Vice President, and CEO. During his time at TowerCom, they built over 400 towers.  In 2014, Dave founded NexTower and within several months he and Peppertree Capital signed an agreement for venture capital investment.

Dave is a graduate of the University of Florida’s College of Journalism and Communications, having received his Bachelor of Science degree in 1977. He is an avid Gator fan, general sports enthusiast, loves to fish, and most of all spend time with his family and close friends.